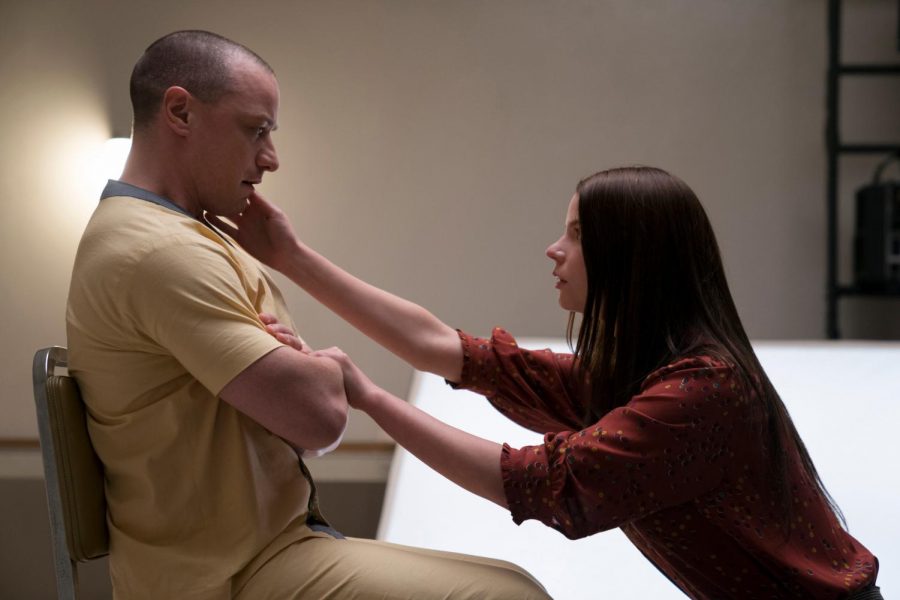 Wrapping up the stories from the movies “Unbreakable” and “Split,” M. Night Shyamalan’s 2019 superhero thriller “Glass” combines a wonderfully written story and a well-known cast to create a thrilling yet enjoyable film. Shyamalan, just like most of his works, wrote, produced and directed the hit film.

The story revolves around three humans with extraordinary abilities, those being David Dunn (Bruce Willis), Mr. Glass (Samuel L. Jackson) and Kevin Crumb (James McAvoy). Dunn and Glass were the two main characters in the 2000 film “Unbreakable” where Dunn discovers that he is, in fact, unbreakable, and Glass is basically a genius. Crumb, however, comes from the more recent 2016 film “Split” where his character, who has 23 alternate identities, kidnaps three teenage girls. “Split” is considered to be the first solo super villain original movie and also Hollywood’s first stealth sequel.

Early in the film, the three main characters are all taken into custody and placed in Raven Hill Memorial, a mental institute. One of the only new characters introduced in the movie, Dr. Ellie Staple, is an antagonist to the three “superheroes” and actively attempts to persuade them that they are just normal people. With Shyamalan’s brilliance in writing and directing, the story has many plot twists and surprises that keep the viewer guessing on what happens next.

As of Jan. 30, 29 days after its release, “Glass” remains at the top of the box office, beating out movies like “Aquaman” and “Green Book.” Even with many mixed reviews from critics, the movie has still been fairly successful.

Helping boost the movie to the success it has seen is the great cast and their acting.  Bruce Willis and Samuel L. Jackson are veteran actors in Hollywood and have worked on many films before this, whereas James McAvoy is a younger yet still skilled actor. Rounding out the cast are some lesser known but still talented actors, including Anya Taylor-Joy, Spencer Treat Clark, Sarah Paulson and Charlayne Woodard.

Shyamalan sticks to his theme of suspenseful and thrilling movies with this latest work and once again shows his ability to write a great story. The storyline keeps the viewer intrigued throughout the whole movie and is a very fun watch. Even though Shyamalan has finished the stories of these particular characters and events, he leaves room for the possibility of new works involving this superhero universe.