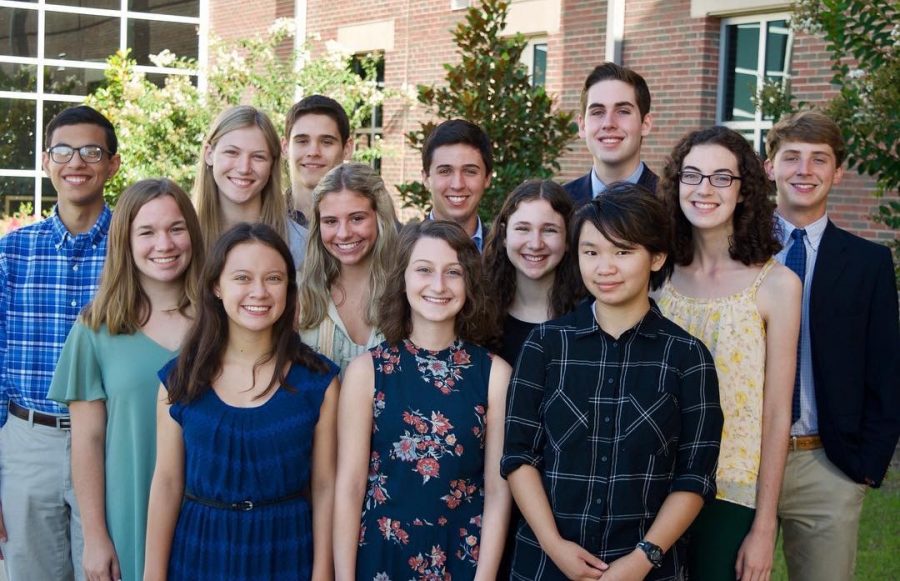 “I was pretty excited I mean it is something that I have wanted to get for a long time so it was pretty awesome,” Cizdziel said.

The group first had to become National Merit Semi-Finalists in order to gain the title of Finalists. All 13 OHS students that were named semi-finalists in the fall became finalists.

“I was so excited. They called all of us name by name, so we were like welp it is all of us which that made it even better that no one got left behind so I was really excited about that,” Goza said.

For semi-finalists, the PSAT score from the student’s junior year must be above the cut off score of each state. For Mississippi, it was an index score of 215. Both Cizdziel and Goza prepared for the test.

“I got a good score my sophomore year, and then [the school] called me the summer going into junior year and they were like your score is good enough to be a national merit so we are going to put you in PSAT prep and so I took that class and it was lots of fun,” Goza said.” A lot of the people in that class got it [National Merit Finalist] so I think that it really helped.”

According to Cizdziel, in order to become a finalist, you must first fill out an application.

“For finalists, you have to write an essay kind of like a college application essay, say some of your achievements, and then submit more test scores like SAT test scores that way they can determine your PSAT test score wasn’t a fluke,” Cizdziel said.

For Goza, finding about finalist was almost more exciting than semi-finalists because of the work put into the application.

“When I found out about semi-finalists, it was just a test score like you just took the test and made a high enough store which is still really exciting, so when I found out that I was a finalist that made me feel better because of the work I did on my own,” Goza said.

On the contrary, Cizdziel thought finding out about semi-finalist was more memorable.

“I think semi-finalists was a little bit more exciting and more of an achievement in a way because you have to submit an application so a lot of the time people that become semi-finalists become finalists so it is kind of harder to get semi-finalists from not having national merit than semi-finalists to finalists,” Cizdziel said.

Goza plans to attend the University of Mississippi and major in Biology, while Cizdziel has been accepted to both MIT and Yale and plans to major in engineering at either school. Both were very excited for the title.

“Its feels good better than being a semi-finalist,” Goza said.