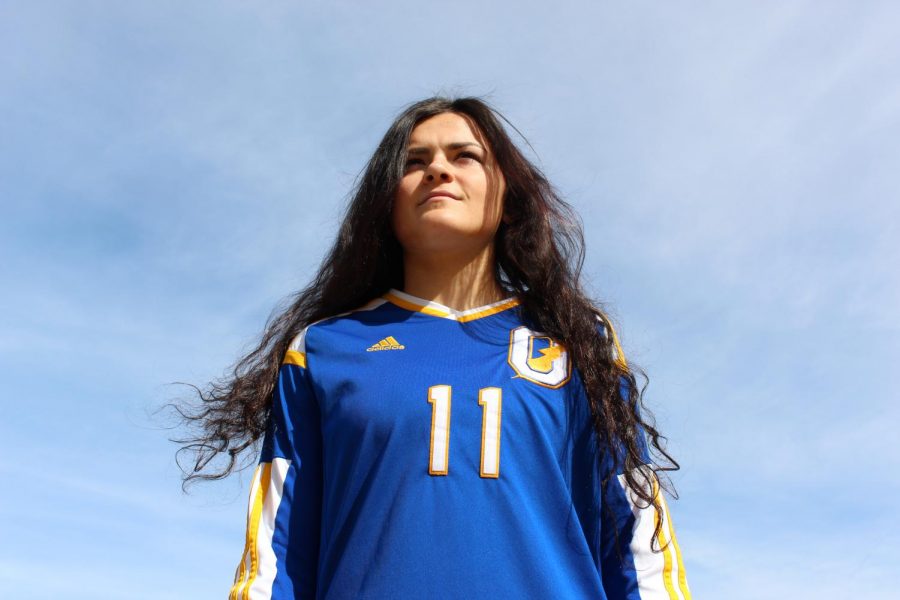 The last time senior Morgan O’Connor took the field for the Oxford Charger soccer team, she knew that it would be bittersweet. A former Mississippi Gatorade Player of the Year, O’Connor faced many ups and downs throughout her high school soccer career. During her freshman year, her mother Jennifer was diagnosed with brain cancer.

The diagnosis was the beginning of many changes for O’Connor and her family. According to O’Connor, life has completely changed since that moment. O’Connor’s grandmother moved in when she was in middle school and has played an important role in her family.

“Life has been a total 180 since that moment,” O’Connor said. “My grandmother moved in from Memphis when I was in 7th grade, and she’s probably my best friend now. My mom’s definitely different now, and I’m always going to be there for her and watch out for her.”

According to O’Connor, maturing is an important part of life, and she has had to grow up and mature a little bit faster than most. She has had to do things for her family that she never anticipated.

According to O’Connor, her mother was the one who took her to soccer tournaments on weekends, but that is no longer a possibility.

“We’ve always been super close,” O’Connor said. “She was always the one on the sidelines telling me to get my butt down the field. It’s definitely different with her not being there, but every time I’m about to quit or stop trying, there’s a voice in my head that tells me to do it for her and that she would want me to keep going.”

When O’Connor’s mother was diagnosed it never showed in her attitude when she came into soccer, according to head coach Hunter Crane. Morgan’s older sister Bailey was a senior at the time of the diagnosis, so she wasn’t able to help as much once she left for college.

“I don’t really think she realized it as a freshman,” Crane said. “You saw it as a sophomore when Bailey [O’Connor] was gone, that she really had to grow up again. She had to be really mature about a situation when she hadn’t really reached that point in her life yet.”

O’Connor made the decision her sophomore year that she would graduate a year early in order to accept an offer from Ole Miss to play Division 1 soccer for the university.

Her decision was what Crane called “the best for her development on the soccer field.”

The Lady Chargers soccer team has had a history of strong leadership, and as a senior, it was O’Connor’s turn to fill that role. O’Connor was elected as a captain on the soccer team. According to Crane, the leadership role was a big step for O’Connor’s growth as a person, both physically and mentally.

“To see her lead as a senior and go through and make the decisions to handle her business the right way was something special,” Crane said. “She had never had to lead before, she had always had an Anna Dennis, Bailey O’Connor or an Ally Shinall to kind of lean on. For her to come in and be a senior captain was big for her in her maturity level and her growth.”

O’Connor’s leadership didn’t go unnoticed by her teammates. According to junior forward Kathleen Myers, her positivity is infectious and made everyone around her a better soccer player.

“On the field and off the field, she’s like everybody’s sister,” Myers said. “She’s younger than me and she’s still the first person to send texts in our group message and encourage us to work hard or tell us that we had a good practice. She’s so much more mature than her age, and it shows in her leadership.”

Myers and O’Connor traveled together playing club soccer for two years. According to Myers, in the time that she has spent with O’Connor she has learned how to have a much more positive attitude, and she gives a lot of credit to O’Connor for teaching her that positivity.

“She’s been through a lot, which is really hard for her,” Myers said. “She handles everything with such a positive attitude. Even when you know she’s going through something, she always has a smile on her face. Every time you see her, she’s just a light to everybody. She never brings anyone down, and I look up to her a lot for that because I wish I had that kind of attitude.”

Although O’Connor’s experiences have not always been positive, she finds that she’s grown as a person and for the better.

“I used to be very immature, on and off the field, and life hit and I grew up. I became more serious,” O’Connor said. “I know [college] will be a challenge and a fight to get playing time, but I’m hoping my experience will help make a difference.”