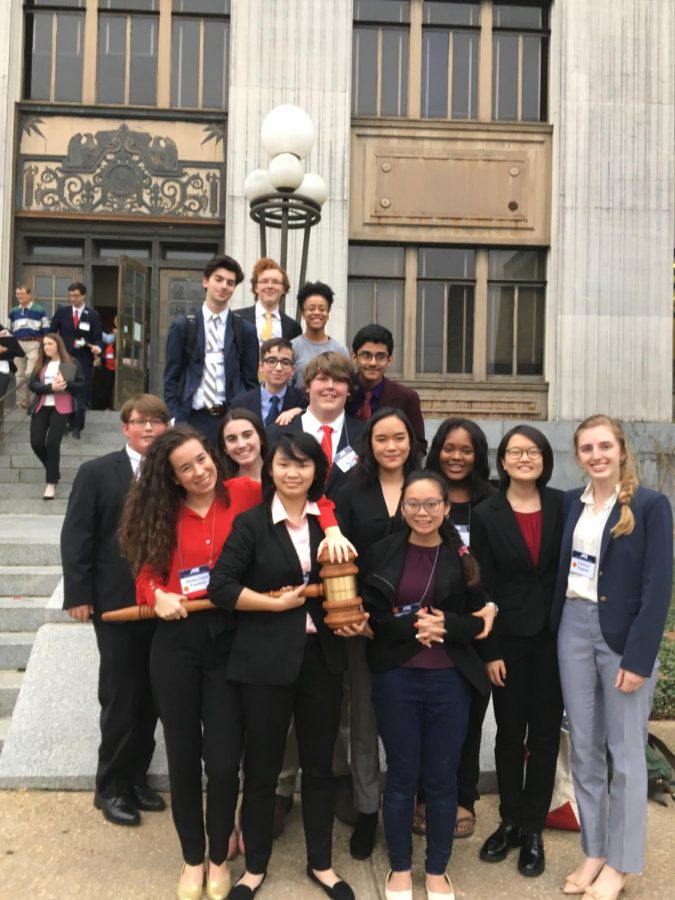 “Our case was a civil law suit about whether or not a high school baseball player intentionally hit another player, which resulted in them losing their career and future earnings,” senior Grace Hollander said.

The  team competed in four different rounds with each round signaling a change in which side the team would be on.

Hollander, who was an attorney in the case, moved to Oxford this year from Minnesota, where she also competed in mock trial. She said she has learned a lot from her experiences with both teams.

Overall, Hollander was very pleased with how they did in the competition.

“We felt good,” Hollander said. “That was our goal. Our goal was third or fourth. We could have done better, but we did better than last year, and that was all we really wanted.”

Senior Anneke Buskes was the team’s captain and did what she could to make sure the team was prepared.

“You have to tell people how to do mock trial, first off,” Buskes said. “You have to recruit. You have to help organize the meetings.”

Though it is a lot of hard work, Buskes believes she has gained a lot from participating in the team’s efforts.

“It’s a nice community,” Buskes said. “It looks really good for college applications. You get to meet new people You get to strengthen public speaking and thinking on your feet. It’s interesting if you’re at all intrigued by the legal system. You can meet actual lawyers, so if you want internships, you could maybe make some connections.”

Mock trial teacher sponsor Laura Boughton helped make sure everything with the team and the competition ran smoothly along with two lawyers that came in to give the team advice.

“Most of the help as far as the legal side came from our two attorney coaches, one of them is Zach Scruggs and the other is Christine Tatum,” Boughton said. “They were unbelievably helpful, put in many many hours with the kids.”

Boughton, who helped out with mock trial for 12 years in South Panola before coming to Oxford, has really enjoyed working with the team and was very happy with the performances of the team.