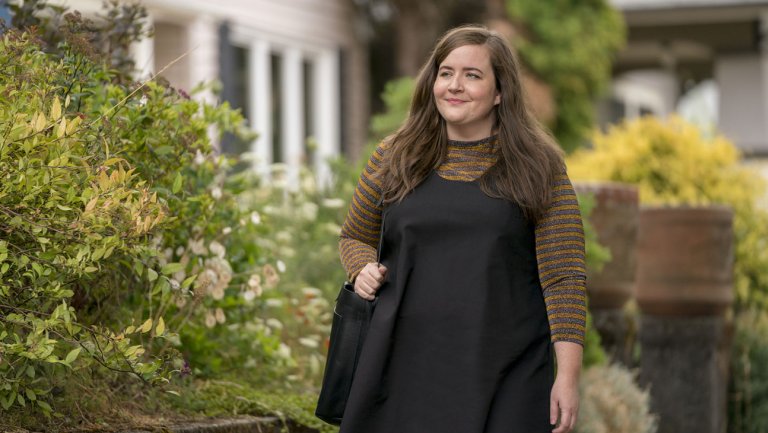 Hulu’s newest Hulu Original show, “Shrill,” is quite possibly what mainstream America has been needing.

The show, named after the book it’s adapted from, is the story of Annie, a full-figured journalist who’s trying her hardest to balance her life and self-concept in a world full of people who judge her based on her weight and other abilities.

The book, “Shrill: Notes from a Loud Woman” by Lindy West, is a memoir, describing her journey through life as she struggled to “hide her big body and even bigger opinions,” which is extremely relatable to most Millennial and Generation Z women today.

Annie, portrayed by “Saturday Night Live’s” Aidy Bryant, is a charismatic, funny character living in world that most of us can or could relate to at some point in our lives, and for most of us who’ve struggled with their self-concept and self-acceptance, she’s a breathe of fresh air.

Recently, we’ve seen a major uprise in women standing up for what they believe in and challenging a system that they’ve realized isn’t benefitting them—something that Annie also seems to be struggling with.

Along with an amazing soundtrack that spread across a wide range of genres, the show tackles several tropes Americans are dealing with today as far as relationships, sexuality and self-acceptance go. While the show is a comedy, it definitely tackles current issues, which keeps the show timely and current while also keeping the lighthearted feel of a coming-of-age show.

The show also breaks many more boundaries that other coming–of–age stories tend to have trouble with, such as inconsistent story lines and side characters that are strictly two-dimensional.

Although this is the first season, the show does a good job of making sure the supporting characters of the show are just as integral as Annie is, somewhat giving them a backstory and life outside of being Annie’s friends, family or significant others.

Overall, the show is a good watch for those who enjoy this blooming genre of coming-of-age films and tv shows, specifically those who enjoy shows with a strong, outspoken, female lead.