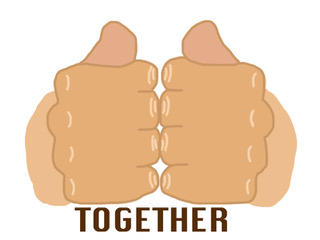 Around the world many languages are spoken, ranging from Japanese to Arabic to English to Spanish. It has been scientifically proven that learning foreign languages allows different parts of the brain to function and think, and on top of that, languages also allow people to connect with others. However, not all languages are spoken.

According to the National Center for Biotechnology Information (NCBI), about 10 million people are hard of hearing and 1 million are functionally deaf. According to VeryWellHealth, educators, health professionals, government and law enforcers find themselves needing to know American Sign Language (ASL). Being an interpreter in general, whether it be at hospitals, schools, parks or even a grocery store, helps to expand career options.

Many people learn sign language as their first language. Imagine learning Chinese as a second language, and someone coming up to you and talking to you only in Chinese.

If someone needs help and is panicking, they are more likely to talk in their native language, and when you start talking to them in English, their brain becomes jumbled. What better way is there to help that person than to talk to them in their first language?

According to AHealthierMichigan, learning ASL can help better motor skills and senses, and the language itself is a language based off of expression. Learning ASL allows for people to become more open and expressive.

OHS offers many languages, French, German, Spanish and Chinese, and all of those languages are widely spoken around the world. However, if someone decides to work in the United States, knowing global languages that people learn by choice is not as useful as knowing a language people have needed since they were born, in this case ASL. ASL may not be as common, but it is better to stand out on an application than to blend in.

Learning sign language will not only allow a person to stand out on applications but will also serve useful in everyday life no matter where they are. ASL is not a universal language, but it is used around the world. French, German, Spanish, and Chinese are wonderful and beautiful languages offered at OHS. Sign language being added to that list will not only allow for the school’s education to grow but will also allow us to better educate with peers and people seen everyday.