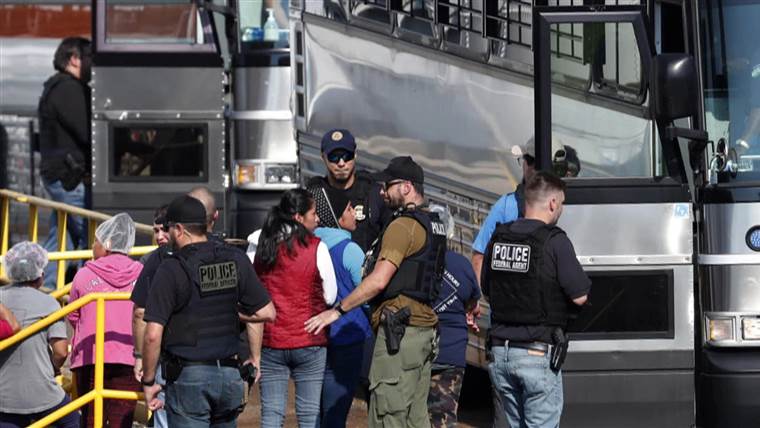 While the children of immigrants settled in to their first day of school, Immigration and Customs Enforcement agents, also known as ICE, raided a Koch Foods factory and multiple Peco Foods factories. 680 immigrants were arrested, many of whom with children. Suddenly, many children were left with no guardian. Videos of children crying for their parents surfaced and everyone, including the people of those small Mississippi towns, was left wondering, “who’s going to take care of the kids?”

For ICE, the kids of immigrants are the least of their problems. ICE has made clear their top priority is enforcing the law, but this has only applied to arresting innocent Latino immigrants. Our country’s undocumented European immigrants are usually never the target of ICE raids. The bottom line of the ICE raids is racism. Latino immigrants are being treated inhumanely, crowded into dirty detention centers, and ripped away from their jobs and their children. Their children, despite most of them being American citizens, are forgotten and left in the hands of strangers.

Even if you argue that illegal immigrants deserve to be taken from their children and deported, the treatment of immigrant children is unacceptable. Seven children have died while in custody of ICE. The children in Mississippi were left with strangers, some taking refuge in schools and churches. ICE’s failure to warn schools and child protective services ultimately will lead to emotional trauma. These young children aren’t able to understand why their parents, who have been law abiding community members, have been arrested. They are left with the feelings of abandonment, confusion, and loneliness. They also will grow up with the thought of the government being the enemy. If the government can so easily arrest innocent immigrants for simply living in a community, how can they trust the government to treat them fairly?

I understand our country can not simply just allow everyone to come in, and there needs to be some sort of system. However, I also think our country needs to follow its laws instead of picking and choosing. For example, after raids at factories and other work places, the company and employees that knowingly hired an undocumented immigrant rarely face consequences. Despite breaking the law, they are spared while parents are taken away from their children and subjected to deplorable detention center conditions. It is also hard to ignore the fact that our own president can not hold himself to the same standards he has for the country. Many of his resorts and hotels knowingly hire undocumented workers.

The raids that happened in our state show that our country is more focused on cracking down on innocent people trying to live an honest life than preventing school shootings or stopping white terrorism. Studies from Census and American Community Survey data has shown that the people we are treating inhumanely and mass arresting are not actually contributing to the crime rate. We focus on undocumented immigrants who come peacefully and cause no problems within their community instead of the real problems that happen daily. Our country has proven it is more than willing to allow undocumented immigrants to be shot and abused, but it is not willing to solve the actual crime in our country.