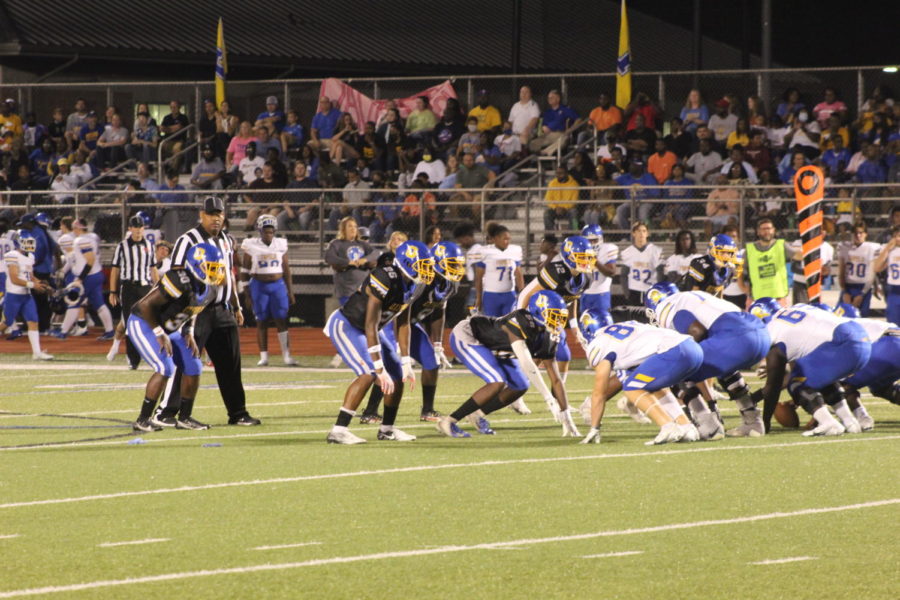 The Chargers line up against the Tupelo Golden Wave during the most recent home game on Friday, October 1. The Chargers defeated the Germantown Mavericks away last week 37-28. This week, the Chargers travel to Clinton High School to take on the Arrows.

With the 37-28 win over Germantown, Oxford is now 5-2 on the season. The Chargers travel to Clinton tonight at 7:00 pm. The Arrows are 2-4 on the season. Clinton lost their most recent game against Madison Central 34-17.

Oxford K William Wilkinson: 5’11” 145 lbs sophomore for Oxford. This season, Wilkinson has accumulated 1358 KO yards with 27 KOs. He has made 17/18 PATs and is 3/4 on FG. Wilkinson is a player to watch as he is also a key factor in upping the score for the Chargers.

Clinton RB Jakobe Calvin: 6’0” 220 lbs junior for Clinton. This season, Calvin has 76 carries for 443 yards. He leads the Arrows in rushing yards while having 5.8 YPC. Calvin is definitely a player to watch this Friday against the Chargers.

Oxford LB Keegan Wilfawn: 5’11” 220 lbs senior for Oxford. This season, with 6 games played, Wilfawn has accumulated a total of 32 solo tackles and 41 total tackles. Wilfawn has always been a player to look out for on the field for the Chargers, but for this game Wilfawn will definitely be one to watch.

Oxford’s Linebackers: Oxford has a great group of linebackers, but Clinton loves to run the ball. Previously, Clinton hasn’t had a lot of luck throwing the ball, but running is their option. Clinton has a good group of players who run the ball and the X Factor for this game will be Oxford’s linebackers tackling the run game.

Coming off of a comeback win against the Germantown Mavericks, Oxford kept their momentum last week. Coming back 21-0 is not easy, and to have plays that they feel comfortable getting yards with is amazing. If Oxford can do a good job stopping the Clinton run game, this game will go to Oxford, 31-13.