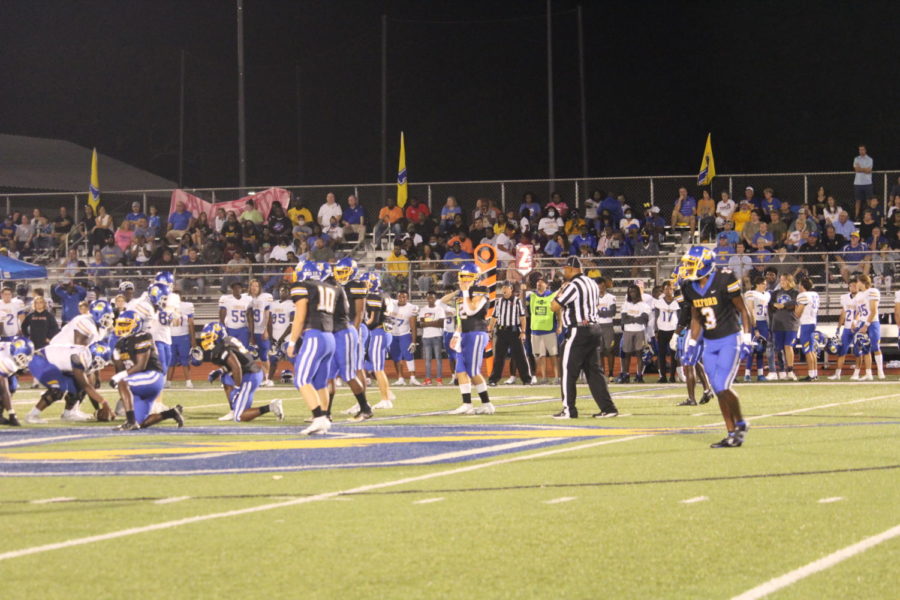 The Chargers prepare for a play against the Tupelo Golden Wave. With three straight away games, the Oxford Chargers lost to the Clinton Arrows 23-6 last Friday, October 15. They visit the Starkville Yellow Jackets on Oct. 22.

With the 23-6 loss against Clinton, Oxford is now 5-3 on the season. The Chargers travel to Starkville tonight at 7:00 pm. The Yellow Jackets are 7-0 on the season. Starkville won their most recent game against Murrah 50-0.

Oxford OLB Hayden Moore: 5’10” 165 lbs senior for Oxford. This season, Moore has 44 total tackles with 32 solo tackles. He averages 6.3 tackles per game for the 21-22 season. Moore is a presence on the outside and is always looking for opportunities to grow. His hard work since middle school makes him one to watch against the Yellow Jackets.

Oxford RB Roman Gregory: 5’10” 180 lbs junior for Oxford. This season, Gregory averages 5.4 yards per carry with a total of 511 yards. He has a total of 8 touchdowns on the season. With Gregory’s vision and ability to squeeze through a defense, Gregory will be a tough player to stop against Starkville.

Oxford’s Offense: I have said it the whole season, and I will say it again. The Chargers are known as a second half team and usually score the most after the half time talk. Having multiple QBs and RBs helps keep the backfield fresh for the Chargers. The X Factor for Friday’s game will not only be the offense for Oxford, but mainly the WRs. They will have to set the tone and keep up the energy throughout the game against Starkville and get things rolling.

Coming off of a road loss, the Chargers need a bounce back game. Playing three straight away games is not easy. Considering that the Yellow Jackets have a streak of winning at home, the Chargers are even more hungry for the game. However, I still believe that Oxford will join Ole Miss in last year’s Egg Bowl and take home the trophy, 28-23.