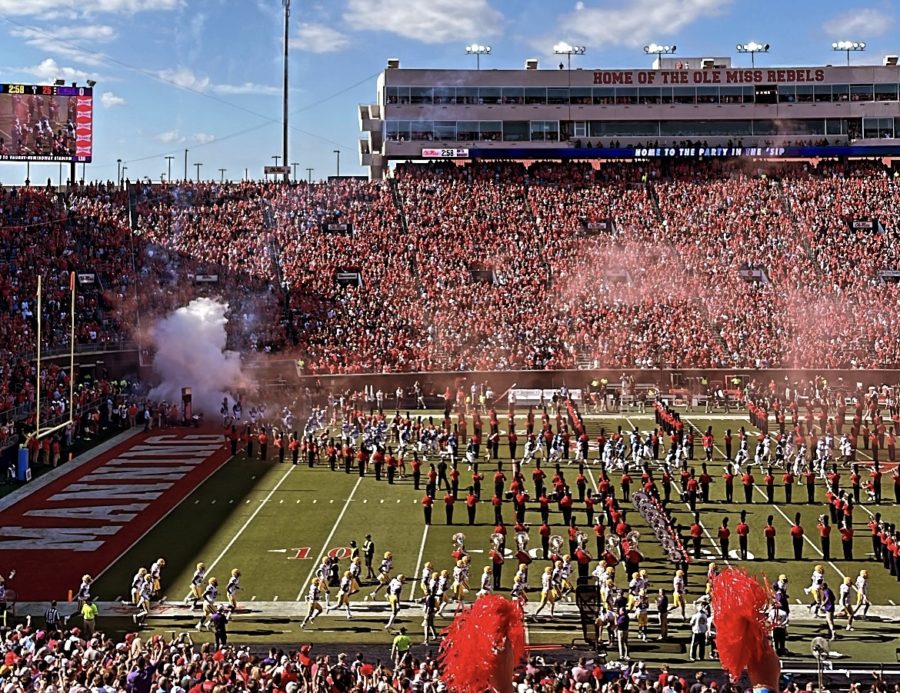 The LSU Tigers would visit the Rebels on the day in which Ole Miss would retire the jersey of former quarterback Eli Manning. Ole Miss would climb up one spot in the AP Top 25 poll to #12 after escaping the hostile environment in Knoxville one week prior.

Heisman front runner Matt Corral was questionable all week after getting banged up against the Volunteers, but he would start against LSU after a light week of practice. The Rebels would start out the game with two straight punts, and LSU would drive down the field in dominant fashion to take a 7-0 lead. They would have trouble scoring from then on. The Rebels would kick a field goal to cut into the deficit followed by a two yard touchdown pass and two yard rushing touchdown from quarterback Matt Corral. Ole Miss would go into halftime being up 17-7, which wasn’t typical for Lane Kiffin’s highly potent offense.

On a day that Corral would not be his best due to injury, the Rebel running attack would carry the load on offense. The second half scoring would come on a four yard run from running back Henry Parrish Jr. and a thirty six yard touchdown run from Snoop Conner. Conner would carry the majority of the running back load with Jerrion Ealy and Henry Parrish Jr. in the mix in the backfield. Snoop Conner would cost the Rebels a touchdown on a fumble in the end zone that would result in a touchback for the Tigers. The game was well out of hand at the time of the fumble, but it will definitely be a play for Conner to reflect on. The Rebels would go on to defeat LSU, 31-17.