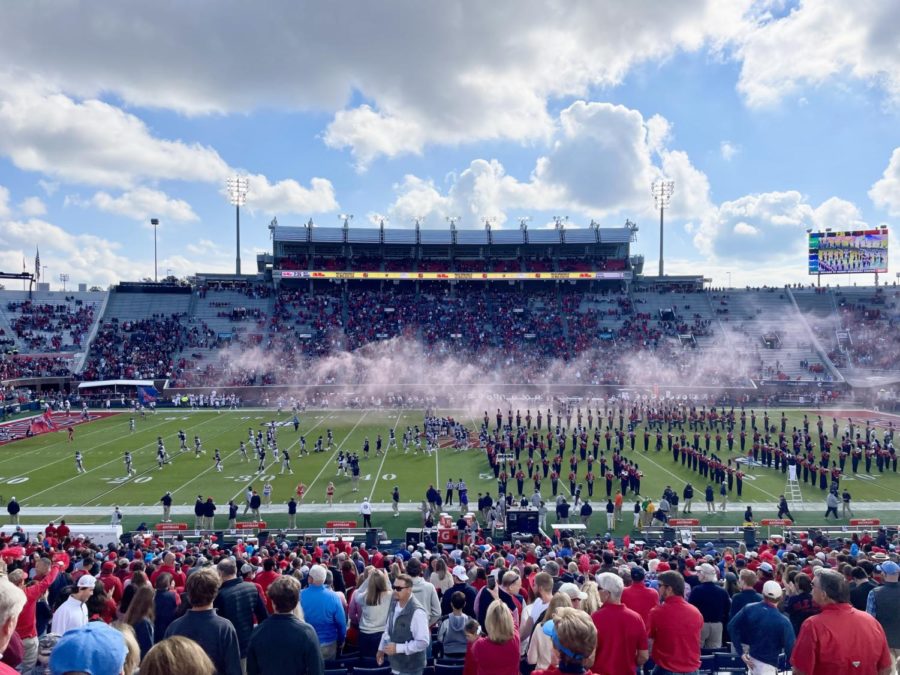 The Liberty Flames would visit the Rebels, which would be the first time former Ole Miss head coach and now Liberty head coach Hugh Freeze would return to Oxford after the abrupt resignation of Freeze due to NCAA violations years ago. Ole Miss would drop down four spots in the CFB Playoff Rankings to #16 after falling to Auburn on the road one week prior.

The Rebels would get the opening kickoff and on the second play of the game running back Jerrion Ealy would score on a 70 yard touchdown run. On the next four possessions, both teams would trade punts and field goal drives. The Flames would miss from 38 yards out and the Rebels would be successful from 43 yards out to lead 10-0. The Rebels would find the endzone two more times on a 4 yard run from running back Jerrion Ealy and a 40 yard pass from quarterback Matt Corral to wide receiver Dannis Jackson to put the Rebels up 24-0. Liberty would throw two interceptions in the process and Ole Miss would shutout Liberty in the first half to lead 24-0.

The Flames would dominate the second half, outscoring the Rebels 14-3. Liberty would score touchdowns on their first two drives of the third quarter and wouldn’t score again. Ole Miss would hit a 38 yard field goal in between those touchdowns, and the scoring wouldn’t happen anymore after the first three opening drives out of halftime. Both teams would trade turnover on downs on back to back drives, and Liberty would throw an interception late to ultimately end the game. The Rebels would go on to win 27-14, but it would be a disappointing win after a sloppy second half of play.