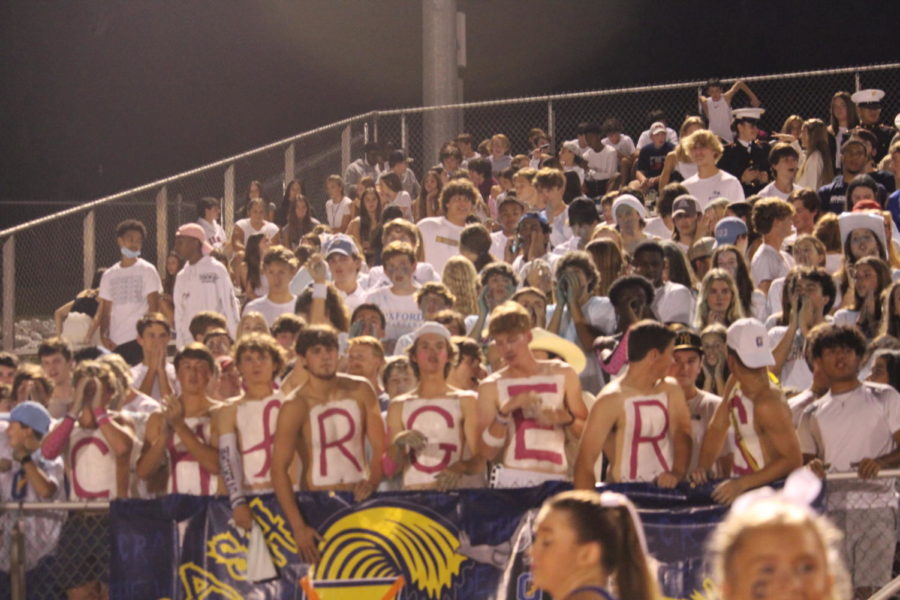 The Oxford High School student section, known as the "OZONE," spectates the football game against Tupelo. Oxford won the game 22-6. After three away games in a row, Oxford returns home Oct. 29 on Senior Night to play Grenada.

Oxford RB Roman Gregory: 5’10” 180 lbs junior for Oxford. This season, Gregory has a total of 825 yards. He has a total of 12 touchdowns on the season. With Gregory’s vision and ability to squeeze through a defense, Gregory will be a tough player to stop against Grenada.

Grenada RB Joe Moss: Senior for Grenada. This season, Moss averages 6.9 yards per carry with a total of 1424 yards. He has a total of 10 touchdowns on the season. With Moss’ big numbers, he is definitely one to watch tonight against Oxford.

Oxford’s Linebackers: Oxford has a great group of linebackers, but Grenada loves to run the ball. Previously, Grenada has not had a lot of luck throwing the ball, so they rely on the running it. The X Factor for this game will be Oxford’s linebackers tackling the run game.

Coming off of a road win, the Chargers need a domination game to make sure that they are in the playoffs. Winning on the road against Starkville was huge for Oxford’s playoff chances. I am excited to see what Oxford does tonight as they take on Grenada. 30-10, Oxford.