The Charger Online • May 15, 2015 • https://thechargeronline.com/818/photos/new-hope-delivers-oxford-first-loss-of-the-season/ 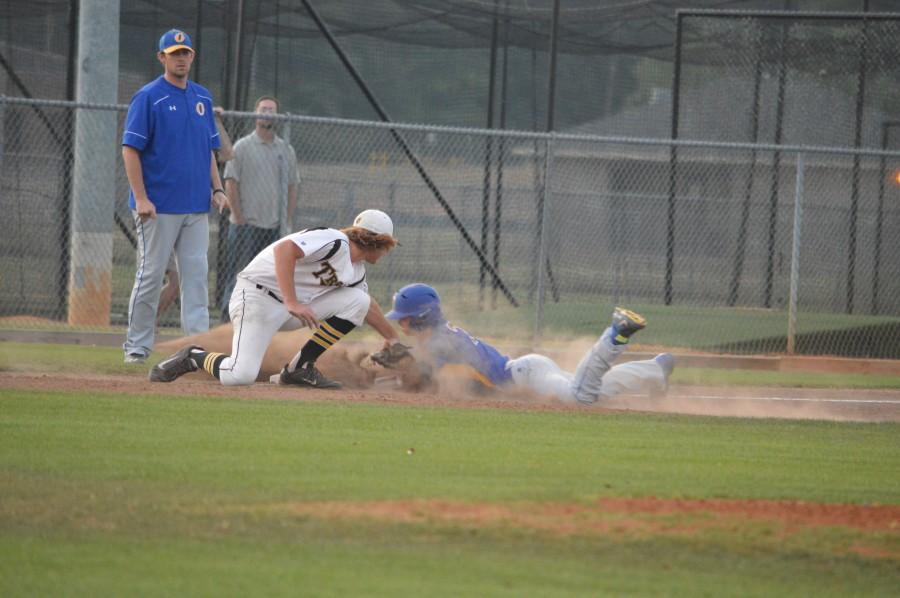 There was no Charger flaw exposed in Thursday’s loss to New Hope High School. Oxford High faced the Trojans’ ace, senior Josh Stillman, and emerged with two hits, one of which being a bunt.
Like Game 1, this matchup ended in ecstatic fashion, with the second walk-off home run of the series.
Coach Chris Baughman pit another Ole Miss commit, junior Houston Roth, against the Trojans’ ruthless bats, and let him do his magic. Roth was nearly perfect, surrendering only three hits.
The name of the game, however, was the lack of Charger hits. Stillman was as good as Roth, allowing minimal base runners from Oxford. Through seven, the Chargers only had one hit through the infield.
Once again, the series took a spin for the home team. With nobody out in the bottom of the seventh, junior Will Godfrey blasted a solo home run over the left-field wall to give the game its only run and to break the unprecedented 32-game win streak.
New Hope gave Oxford its first loss of the season, but were far from crushing Charger spirits.
Game 3 will give senior southpaw Dalton Markle his first start of the postseason, and give the East Mississippi commit a chance to steal the show.
On Friday night, these two Mississippi powerhouses will face off in a high-school level game of the century. To quote the words of the great Kevin Garnett, “Anything is possible. Anything is possible!”